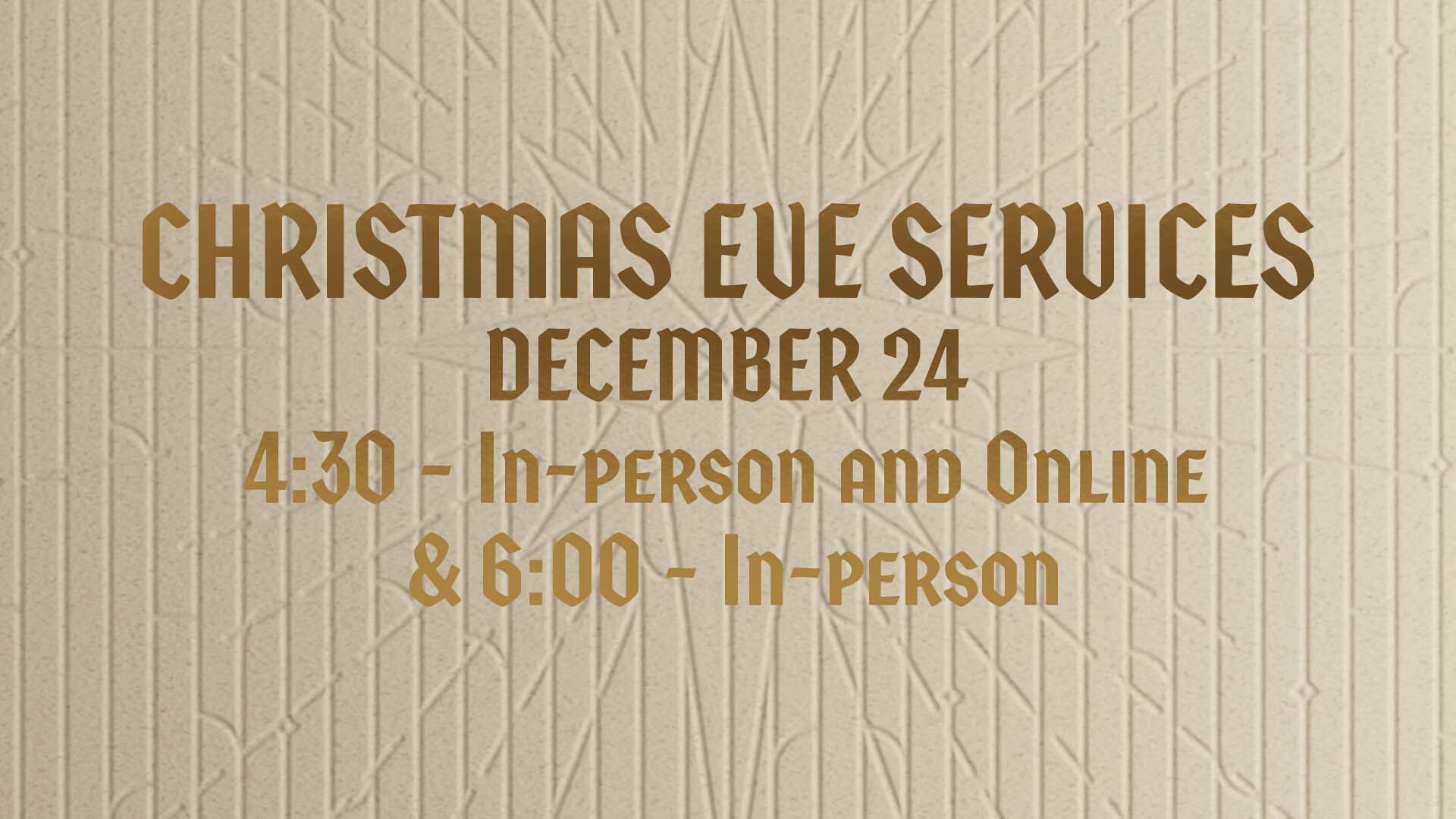 “Man's maker was made man that He, Ruler of the stars, might nurse at His mother's breast; that the Bread might hunger, the Fountain thirst, the Light sleep, the Way be tired on its journey; that Truth might be accused of false witnesses, the Teacher be beaten with whips, the Foundation be suspended on wood; that Strength might grow weak; that the Healer might be wounded; that Life might die.”
― Saint Augustine of Hippo

Christmas Eve is about anticipation and a reminder of the incarnation.

We invite you to a special evening of worship on Dec 24th. Crossroads is hosting two services, at 4:30 & 6:00. Nursery is provided for newborns to 24 months.